As fate would have it, I was unable to attend the opening reception for Fiber Art Fusion’s Exploring Dimension exhibit. I did, however, visit it with my mother the following week. We also visited the High Museum — and although the visiting exhibit from the Louvre was good, we had seen it before — and the permanent exhibit was, in my biased opinion, not nearly as good as FAF’s exhibit.

I have received permission from some of the artists in FAF to give you a sneak peek — a small tour of the wonderful treasures on display at The Art Place.

This is my piece, The Price of Passage, which I include since I added something since I last took pictures of it. Can you tell what it is? 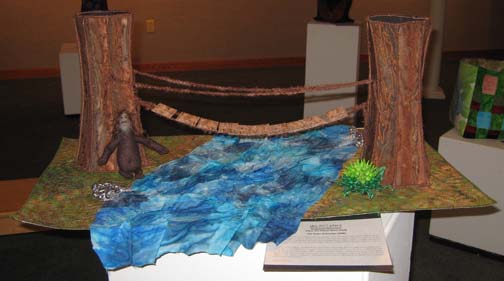 The Wailing Wall by Denise Webster – Some of the stones have photo transfered pictures on them. There are also little notes tucked into the nooks & crannies between the rocks. 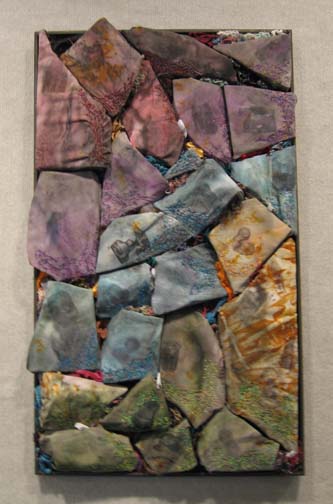 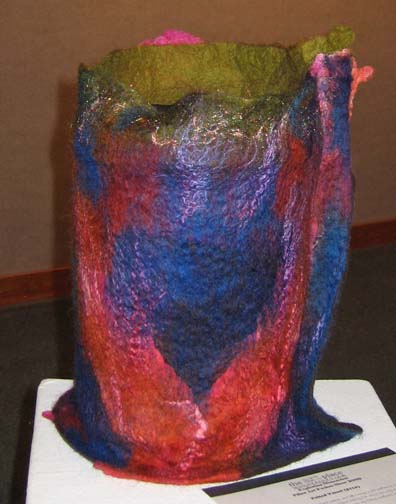 Dancing with the Dragonflies by Sharon Ahmed

Felted Monsters by Sharon Ahmed – All of these are made with felted wool. 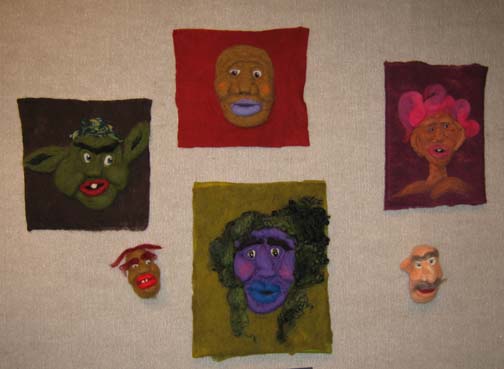 Do You See What I See? by Wendy Blanton – This is Wendy’s interpretation of a migraine headache – and the black & white road actually protrudes from the eye. 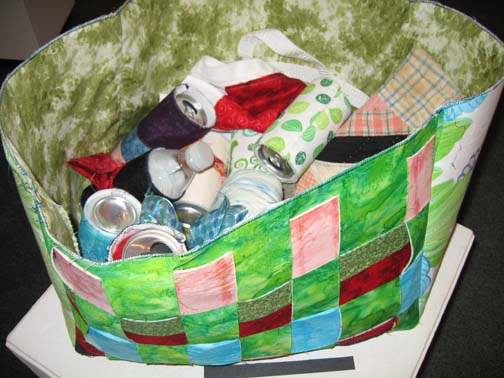 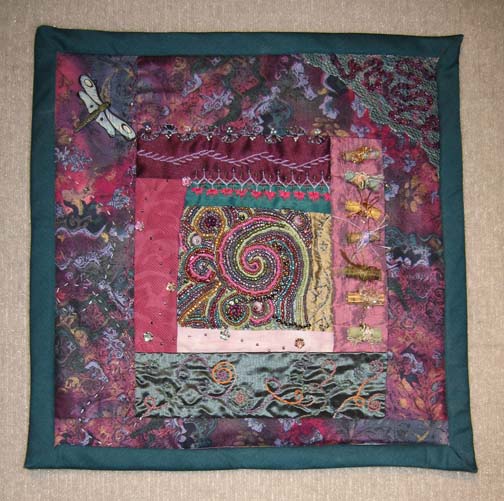 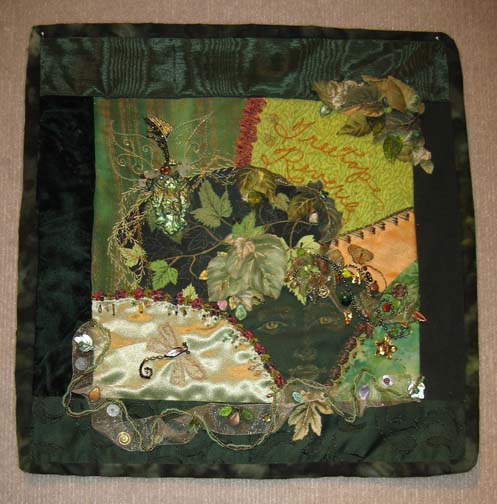 It Ain’t Over by Rebecca Reasons 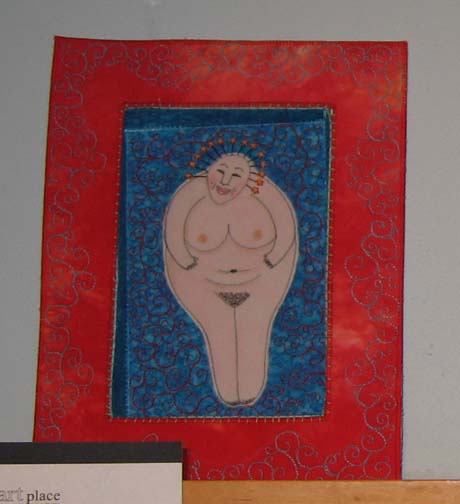 Hawaiian Tea Time by Diane Schulteiss – Diane used watercolors to paint the painting, and then used photo transfer techniques to make her own fabric which she used for the tea set. 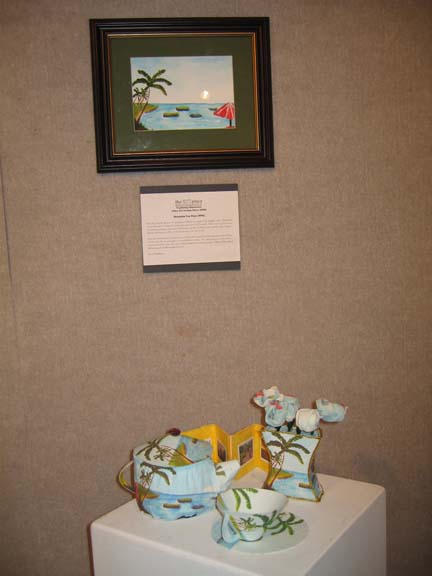 Share the Spirit by Diane Schulteiss – This one was difficult to photograph as it has the image printed on organza in the foreground and also printed opaque in the background. 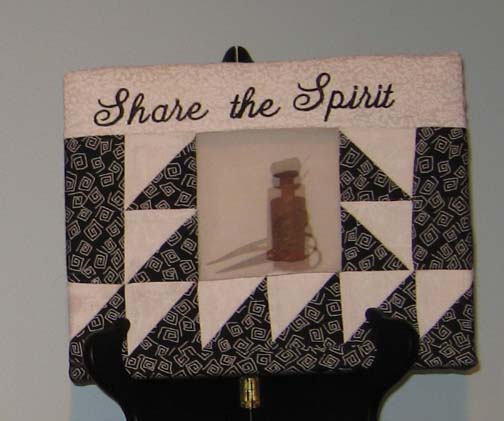 Ethereal Summer Day by Ann Quandee – This one has a lot of sparkle — as you can tell, my camera and I had a hard time taking a clear picture. 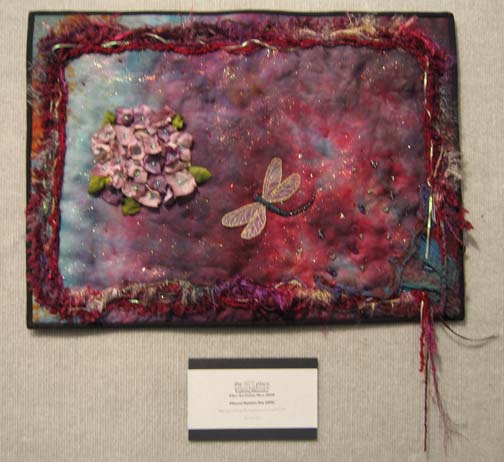 The Sweet By and By by Ann Quandee 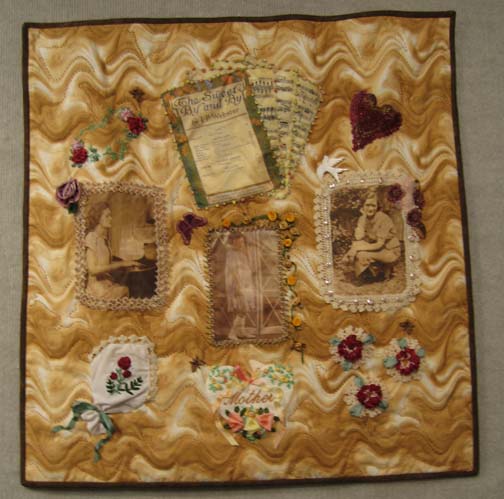 Treasures from the Earth by Ann Quandee – The amoeba shapes in the middle are heavily beaded with seed beads, and the background has handmade utee fabric beads.

Coral Reef Sea Creatures by Hellenne Vermillion – Hellenne made these with pottery, silk, and wool roving. I don’t know that I have seen anyone else merge these kinds of elements together so delightfully. 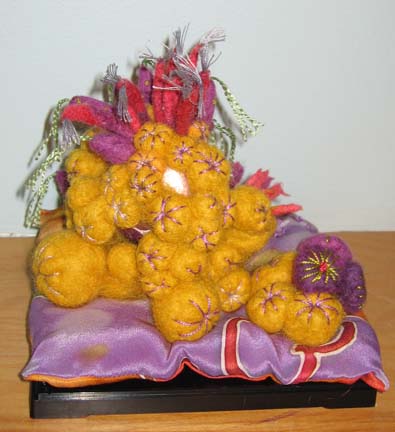 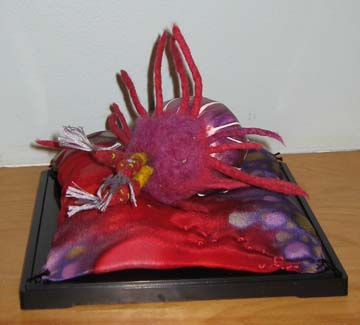 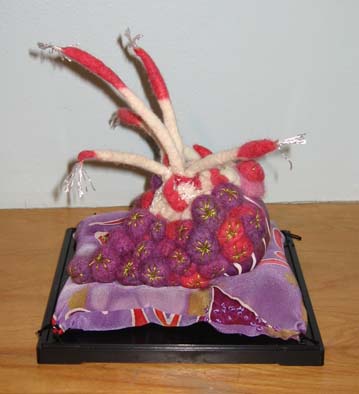 This entry was posted by Virginia Greaves on September 17, 2009 at 4:17 pm, and is filed under Admin, Inspiration. Follow any responses to this post through RSS 2.0.You can leave a response or trackback from your own site.