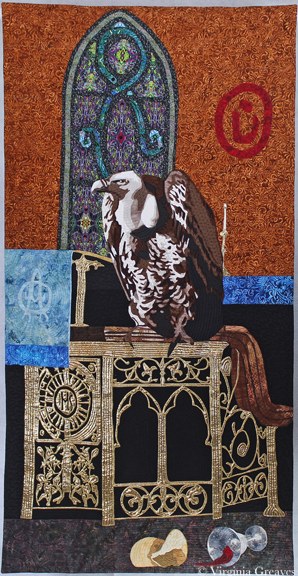 Christians have lived in the Middle East for thousands of years. In towns like Maaloula, Syria, where the people speak the ancient language of Western Aramaic spoken by Christ, Christians have been forced from their homes, either into exile or death, by extremist Muslims. In this piece, the symbols of the Christian faith, the body and blood of Christ given through the bread and the wine, are scattered on the floor, symbolizing the broken body and blood of Christians and their forced eviction from their homes and places of worship. The griffon vulture is attendant on this last supper, and he stands witness to the death and diaspora of Christians in the Middle East.

Griffon vulture inspired by a photo by Rodney Campbell. 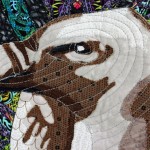 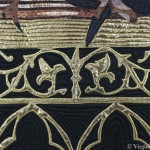