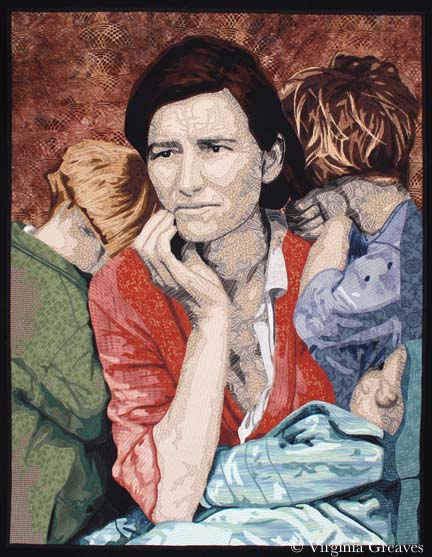 During the Depression of the 1930’s, there was a lot to worry about, particularly if you had children. This piece was inspired by a photograph (“Migrant Mother”) taken by Dorothea Lange, a field photographer for Roosevelt’s Resettlement Administration. The woman, Florence Owens Thompson, was a pea picker in California, and at the time this picture was taken, her family was starving.

When I started this piece, I was struck by the expression on the mother’s face. At first my intention was to draw parallels to the current economic woes here in the United States, but after working on it for a while, I really felt as though this mother was truly emblematic of all mothers, caring for their children and worrying about the way forward.

Inspired by a photo by Dorothea Lange.