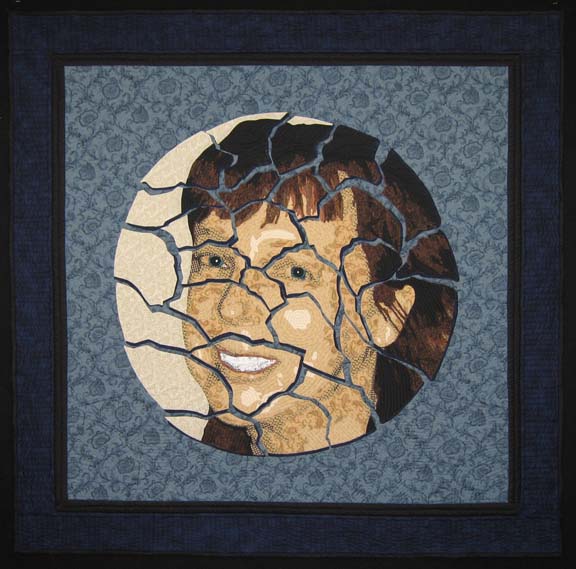 Cracked is about sanity and the lack thereof. I’ve been wanting to make a portrait as a cracked plate for some time — and after considering how someone else would feel as a cracked plate, I decided that it would be best if I were the guinea pig — so technically speaking, this is a self-portrait.

I made the face in a circle — hiding it from family members until I had a chance to cut it up. In the same way there are people that feel pictures take their soul away from them, reflecting someone’s image in fabric evokes a primal feeling. Cracking the plate is unexpected & intended to create disturbance for the viewer.

I also added a drop shadow to each plate piece to give it dimensionality.

The pieces are close enough to each other that the viewer can see the original picture — and yet far enough apart that there is disruption in the flow.