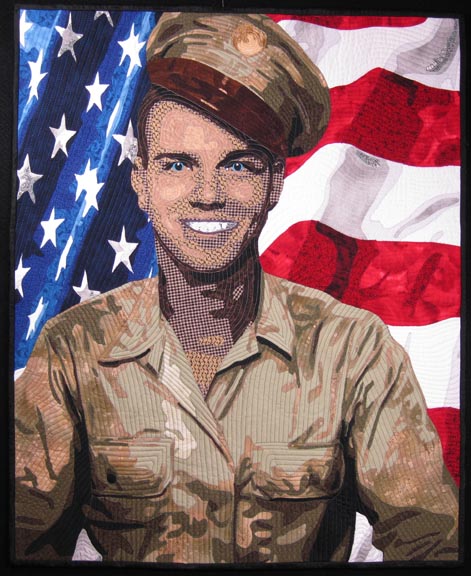 My father-in-law’s name was John, but when he was growing up, he was known as Jack. When he entered the service during WWII, he did not think twice about writing his name as Jack on everything, but at the age of eighteen, Jack had to become John. Uncle Sam accused him of trying to impersonate another person, and the only satisfaction that he would take would be for him to use his given legal name. And so John was born under the flag of the United States and the shadow of WWII — but I still picture him for that brief period of time when his enlistment picture was taken and his hat was cocked sideways on his head, a smile played on his lips, and his name was simply Jack.