« And The Eyes Have It!!
Thanks for the Coffee and Chocolate! »

Getting Ready for Christmas

It has been a long time since I posted. It is amazing how this time of year can become so overwhelming — and then on top of it all, the flu comes around. I had the flu which infected my sinuses which led to this disgusting Sulfa antibiotic I’ve been taking that makes it taste like I have been chewing on rubber tires.

So in between not feeling good and running hundreds of little errands, I have been making things for Christmas. A couple of years ago, I was really turned off by the commercialism of Christmas, and I reacted by making most of my Christmas gifts. And now, several years later, I am still not completely burned out on the idea.

While I was really ill, I started making coffee cuffs for teacher gifts. I made ten at one time, and I was really surprised that they took longer than I thought they would — about two days. 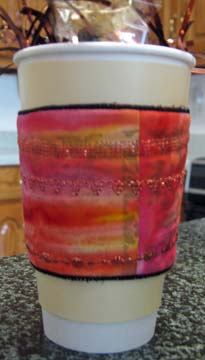 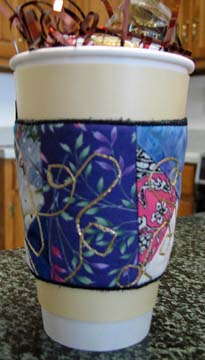 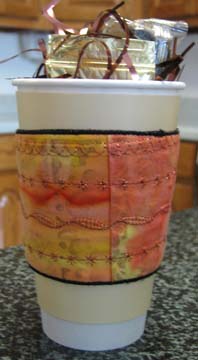 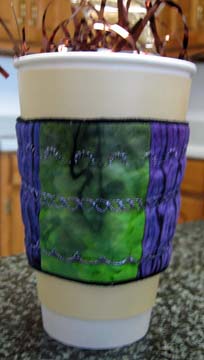 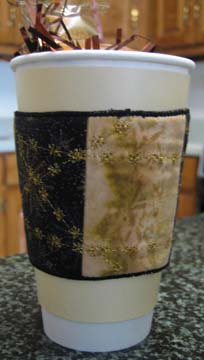 I added Ghirardelli coffee and biscotti. I hope they like them.

Then I deconstructed all of my late father-in-law’s ties. There is really an art to doing this quickly. Most ties are made with hand strung stitches — so if you clip the top & bottom, you can pull the thread all the way through. Anyway, I’ve done it enough it doesn’t take as long as it used to.

I separated the ties out to see what I had — mostly red and black, a few blue, a few brown, and one yellow. I decided to make a star — but different from the tie stars I’ve done in the past. I used the yellow for the center, the reds for the next layer, and then blacks and blues for the outer layer. I intend to make it into a pillow to give my mother-in-law for Christmas. 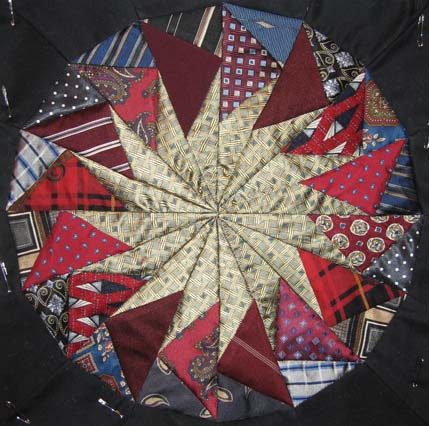 And when I burned out on that, I still didn’t want to go back to the real world, so I made some bias cut skirts for my mom. They are fairly plain — one black and one red — but she wanted bias skirts that wouldn’t wrinkle & were easy to wash. She had given me one to use as a pattern, but I knew that that was a real problem the moment I realized it was bias cut. The skirt had stretched out too much to be helpful with a pattern, so I found a Kwik Sew pattern that was very simple. They do have a wonderful flow to them.

The last few days I have been working on the craft for my daughter’s class Christmas party. I made felt stockings — monogrammed with their names — for the children to decorate during their party. It looks very plain now, but I hope that felt cutouts, sequins and pompoms will give each one personality. My other daughter got so excited that I had to make one for her, too — which made 23 total.

I’ll take pictures next week to share. I am looking forward to what the kids come up with.

This entry was posted by Virginia Greaves on December 13, 2007 at 12:40 pm, and is filed under Uncategorized. Follow any responses to this post through RSS 2.0.You can leave a response or trackback from your own site.