After the Winner’s Circle, you can be certain that I hardly slept. I went to the hotel bar (perfect spot for a party of one), had some soup, and then went back to my room to try to sleep. 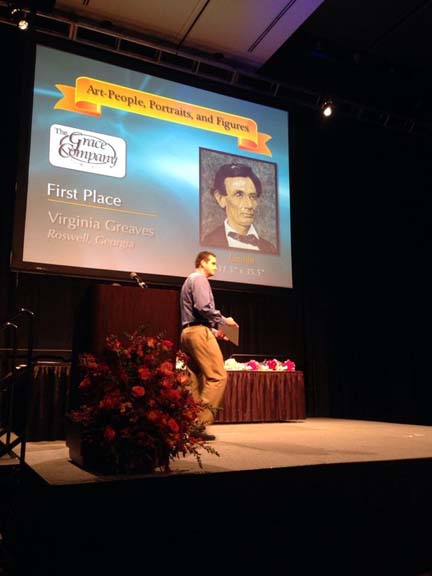 I wish I had a pic of me on the stage. There was a photographer there but I have no idea who he was working for. Anyway, I’m very grateful to Victoria for taking this.

The next day I had a leisurely morning and basically waited for lunch time. 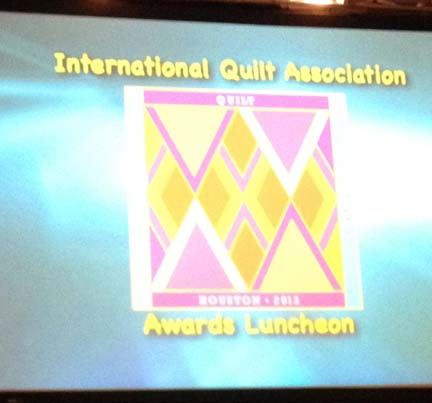 I was so pleased that my new friend Karen sent me a message asking if I wanted to join her for lunch. We met at the door and sat at a table with several of the winners from Japan. They didn’t speak very good English but they were incredibly kind and friendly.

TWEET: Takido Fusako on the left game me a hand sewn flower that is beautiful!

The woman on the left, Takido Fusako (her piece Crest of Tulip won a Judge’s Choice award), gave me a hand sewn pin (which looked awesome on my black jacket). The woman on the right, Sachiko Chiba, gave me an autographed print of her beautiful quilt My Hope that won 3rd place in Hand Quilting. 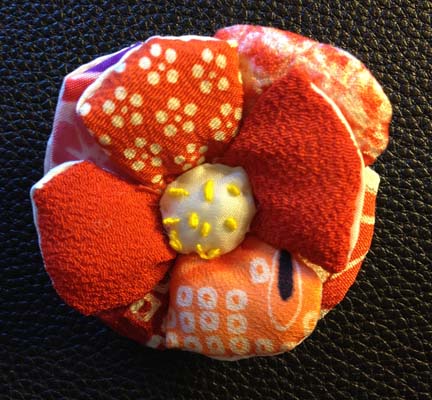 On the stage, all of the top winners ate lunch and then spoke about their piece. The first speaker was Best of Show winner Melissa Sobotka. 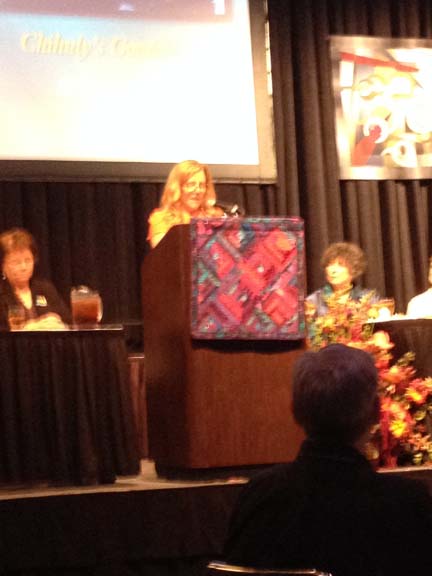 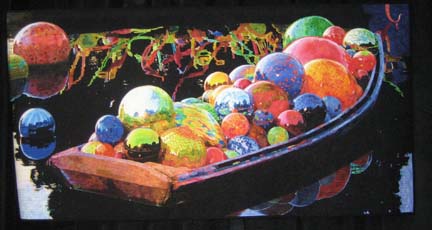 TWEET: Melissa — “pay attention to the judge or blow them off” — love it!

She had shown this quilt at another venue and one of the judges told her that there was a problem with the binding. Melissa’s point is that you either take their opinion or don’t worry about it. She did ultimately choose to take off the binding and re-apply another one before sending it off to Houston for judging. 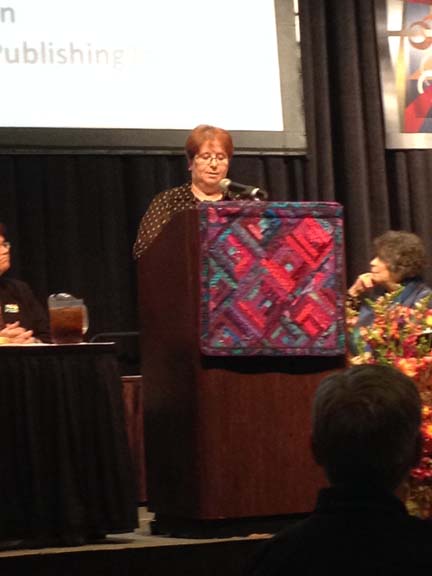 TWEET: #judimadsen mentioned in her speech – on how to make a beautifully quilted quilt.

I’m Facebook friends with Judi and I follow her beautiful machine quilting so I was excited that Vicki showed her work and gave it its proper praise.

After the luncheon, there were a couple — just a couple —  of vendor tables outside. I loved these fabric cakes. It reminded me of the felted teacup I made a few years ago. 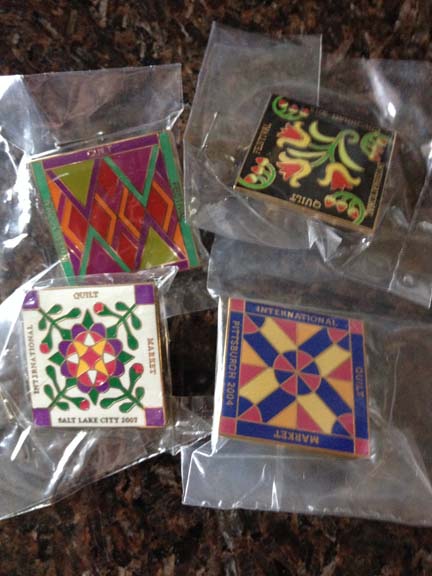 It was strange walking back to my room, seeing quilters that are famous quilters.

I went back to my room and took pics of the Convention Center from there. It is such a large building, I couldn’t even get half of it in a frame. 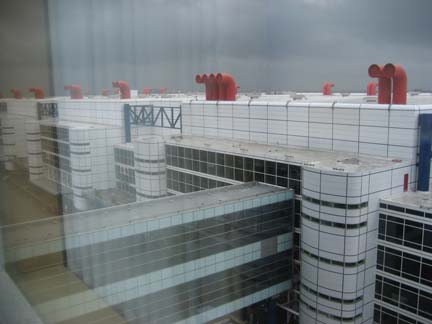 With time to spare before Preview Night at 5pm, I spent some time in the gym. This is the view from the west tower of the Hilton. 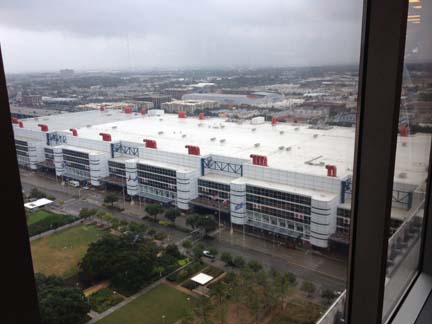 TWEET: Technology is so cool. Delta emailed me a check-in, they txt’d a link to my boarding pass, & I saved it in Passbook for tomorrow.

This is my first time to be completely dependent on my smart phone to check in. I’ll never print another boarding pass.

I had planned on putting everything in one post from this one day in Houston — but this post is growing by the minute. I think I’m going to split the rest of it into another post. So look for a part 3 in a couple of days.

This entry was posted by Virginia Greaves on November 6, 2013 at 10:01 pm, and is filed under Exhibition. Follow any responses to this post through RSS 2.0.You can leave a response or trackback from your own site.