How To Fly Part 1

I’ve had many people ask me how I make my quilts, and the answer is — one piece at a time. You break everything down into workable areas — or really into color families.

I decided to start with the plane. The plane itself is gray — but gray is a spectrum from white to black. I chose fabrics in a range of values in that color range. I used the actual foundation fabric as the white and started building from there. With the first layer of gray, it’s difficult to see the left wing and engine.

The next value give more definition to the object.

And as I add the layers of values, the image begins to emerge. 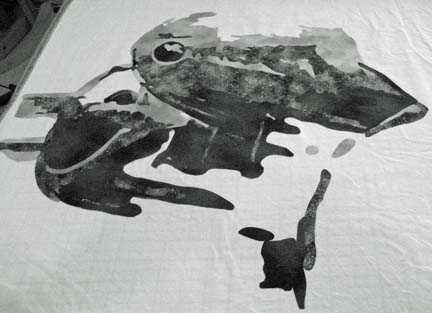 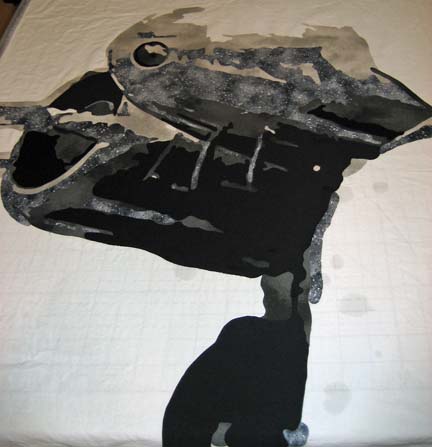 Amelia stands in the middle — with the engine & wings on either side of her. This is the beginning of the right side. 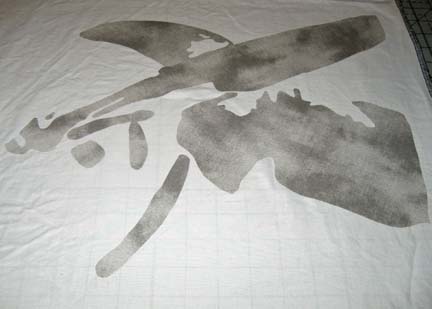 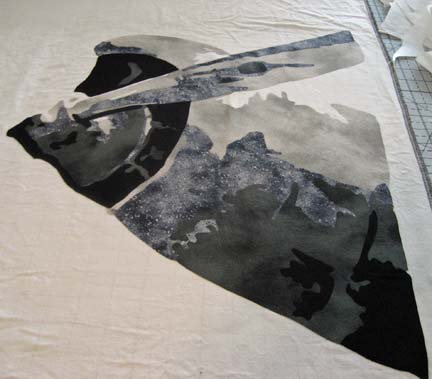 It still looks unfinished — but most of that blank space is where Amelia will go.

I’m actually done except for her bomber jacket and the sky in the background but I decided that I would show you this in pieces — by color family — to show you how I work it out in my head. The next part will be about her face — and then her hair — and then her scarf — and hopefully by then, her jacket.

This entry was posted by Virginia Greaves on April 27, 2011 at 2:44 pm, and is filed under Design. Follow any responses to this post through RSS 2.0.You can leave a response or trackback from your own site.