When the excitement of summer dies down and the children return to school, I always find it difficult to focus myself again. I try to envision where I want to be — and then begin setting goals for myself. Like many people, things are hazy for me right now. Peering into the looking glass, the reflection isn’t clear, and want and need have become mixed up with different pathways, different decisions.

I know that I’m not alone in this. I think the reason I chose the image of the young child peering around the hip of an adult was that recognition of being lost yet determined. I shared an in-process picture a few weeks ago. I had a short time in the summer that I was able to start him — and I finished his eyes today.

I did want to mention working with difficult angles. I typically trace my pattern onto fusible, cut it close to (but not on) the drawn edge, press onto fabric, and then cut on the drawn line. But there are some difficult angles for which this won’t work. In this example, if you cut out the middle part & fused it down, the final piece would be skewed. So, in these situations, I leave the fusible in place but I don’t iron the middle part down. I carefully iron only on the parts I’m going to keep.

Then I can go back & cut out the middle. This way the bottom section isn’t at a really strange angle from the top. I will then re-press the edges to make everything secure before I cut it out. 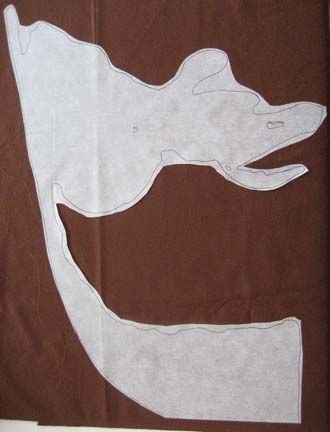 I know I should have taken pictures from the beginning, but I think I was distracted that day. These are the child’s first three layers. 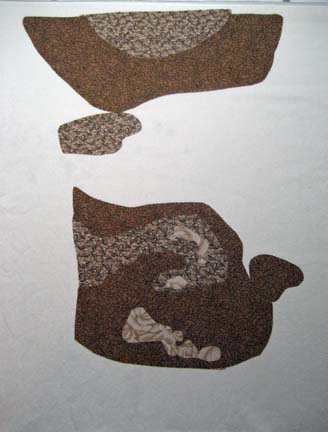 This is the next layer. You can really start to see his face coming together now. 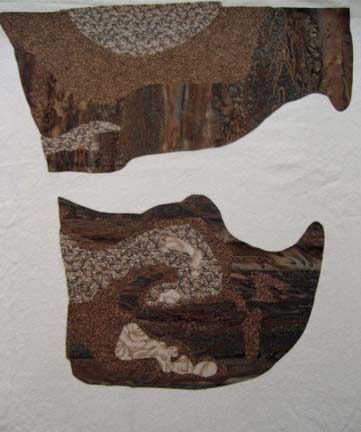 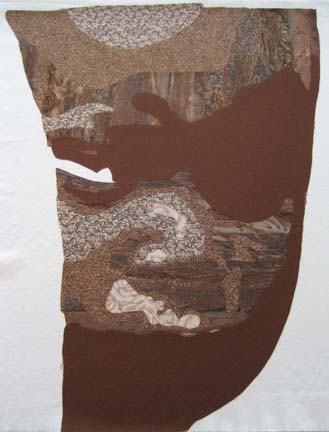 And this is the picture I shared a few weeks ago. He looks fairly good but he needs eyes. I need to concentrate to do eyes so I put it off until I knew I would have quiet studio time to concentrate. 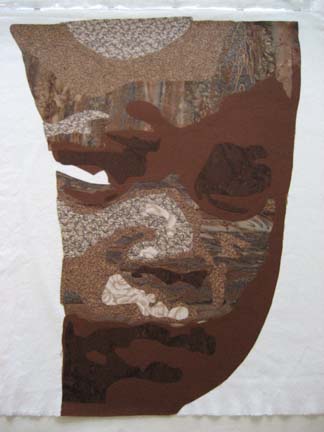 This is fairly representative of the photograph — but the little piece of white in the bottom corner of his right eye is distracting. This is a good example of not following the original photograph.

This is better I think. 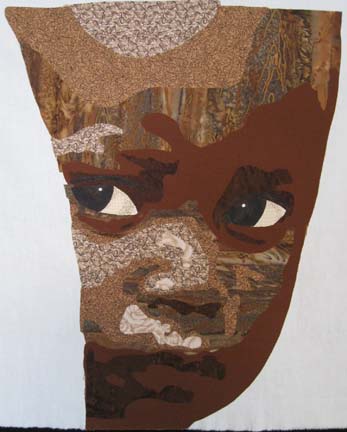 You would think I would have a better idea of what I was going to do with him, but the truth is that I sometimes make a person before building their backgrounds around them.

This entry was posted by Virginia Greaves on August 18, 2011 at 1:31 pm, and is filed under Design. Follow any responses to this post through RSS 2.0.You can leave a response or trackback from your own site.