I finished Caution the other day — the Rwandan child peeking around the arm of an adult. He was difficult to photograph — it was hard to keep some of the browns in his face from having a greenish tint.

Then I started on Arminta. I have a very old family photo album with pictures taken between 1890 & 1910. There is a wonderful picture of a woman in it named Arminta Patterson. We haven’t been able to place her in the family tree but suspect she was a cousin of my great grand-mother. She had such wonderful curves in her face that I wanted to see what I could do with her.

The original is a sepia print so I have license to color — which is freeing but also a little terrifying. Let’s start with the face.

I have seven — yes seven — values in her face. That is a big number to find values for. In fact, halfway in, I added another fabric for a smoother transition between two values. Even better, I managed to do it within my current stash.

This is the first & second value — her face is still a mystery. 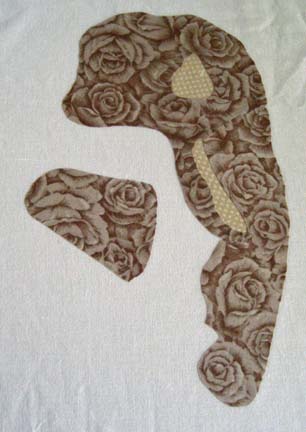 With the third value, you begin to see the outline of her face. I know — that green print is a strange choice — but it works. 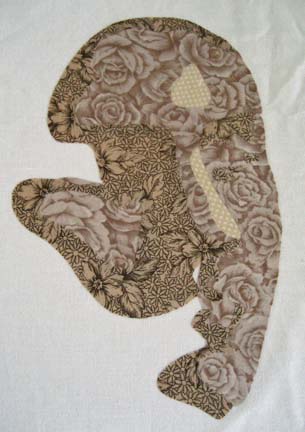 The fourth value is darker and you begin to feel the depth of her face. You can see her nose, where her eyes will be, and the curve of her cheek and chin. 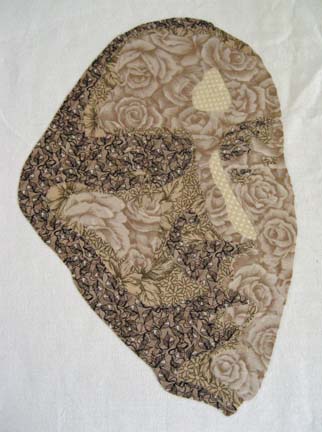 The fifth value gives us personality. She has a very distinctive look about her. 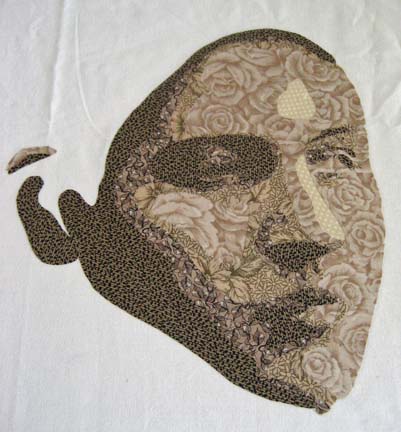 The sixth value shows us the determination in her expression. 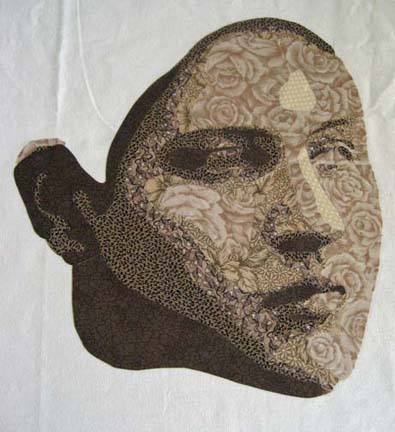 The sixth and final value completes her ear, her nose, and her mouth. 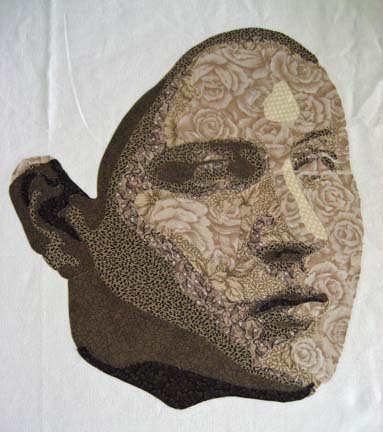 With the eyes added, she all but leaps off the fabric at you.

I am uncertain how to do her hair. It was dark — but like I said, I have license to color. The final choice will contribute quite a bit to the mood of the piece and will be the color choice upon which most of the other colors are chosen.

This entry was posted by Virginia Greaves on September 15, 2011 at 1:40 pm, and is filed under Design. Follow any responses to this post through RSS 2.0.You can leave a response or trackback from your own site.