I have been quilting the third abstract in the car wash series — having fun with it. I eschewed my usual contour quilting for feathers, flames, & fronds. I love the way it’s turning out. I’m also using the thread to pull colors across applique boundaries — and playing with thread choices. I even coaxed a metallic thread to free motion into feathers.

But I only worked in the studio a couple of days this week. I have a friend that’s been giving me scoping work. I hope to get back in the studio tomorrow.

I would like to say that I’ve been working on another portrait for the National Portrait Gallery competition — but inspiration hasn’t struck. Right now I am in the flow with abstract and I have not been successful in changing my direction.

If you read my Facebook Page, you saw me hyperventilating when I was notified that I won a ribbon in Houston again this year. It’s such a huge honor & completely unexpected. I won’t know till the ceremony at the end of October what the prize is exactly. I’m lucky that I’ll get to go to Houston again this year and actually stand in the Winners Circle.

I may even tweet the whole event like I did last year. It was such an exciting time and I loved sharing it.

For those interested in attending, Preview Night for IQF/Houston is October 30. The show is at the George R. Brown Convention Center and runs through November 2.

I did, in fact, come home after winning a ribbon with Lincoln last year and decided — after making animal portraits for a year — that I would make a person portrait again. Worry was the piece that I made from that decision.

I also found at that Golden Moment was accepted into Art Quilts XIX: Permission to Play. This exhibit is at the Chandler Center for the Arts in Chandler, AZ and will show November 7, 2014 – January 17, 2015. 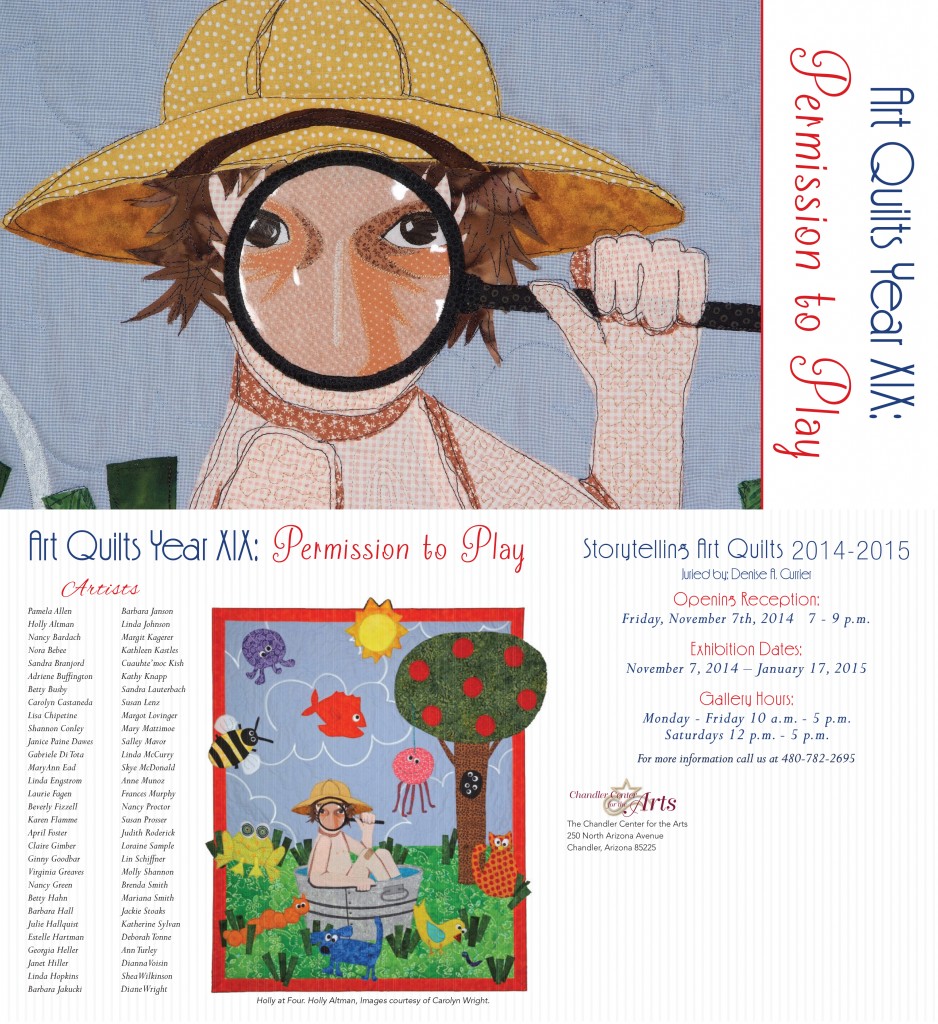 This entry was posted by Virginia Greaves on September 28, 2014 at 3:27 pm, and is filed under Admin, Exhibition. Follow any responses to this post through RSS 2.0.You can leave a response or trackback from your own site.