« I Am the Vine, You Are the Branches
Found Treasures »

For the Love of Fabric

My daughter had a friend stay over last night, and at about 10 o’clock — when I was getting bleary eyed and ready to fall asleep — our little guest discovered my sewing room. I found later that she had taken some of the leftovers and placed them on the tree I have been working on — and when I found her, she was squealing over my garbage can. Both her & my daughter had taken scraps and were gluing them to paper — to make a “quilt”. I immediately pulled out more scraps of fabric & ribbon, and they had so much fun. Both of their personalities shone through in their final pieces, and I found them both so inspirational, I decided to share them here. 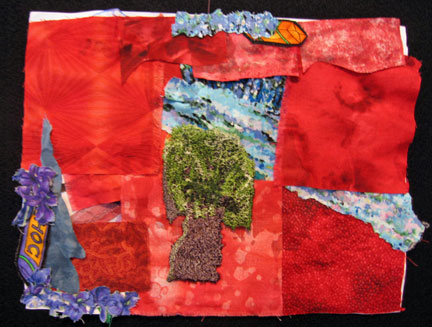 The tree on this one was a threadpainted piece that I made for a quilt and then decided to not use. It ended up in my scraps and she claimed it. 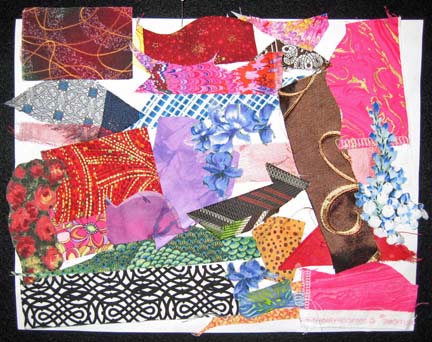 This entry was posted by Virginia Greaves on September 15, 2007 at 12:31 pm, and is filed under Inspiration. Follow any responses to this post through RSS 2.0.You can leave a response or trackback from your own site.