« Lemonade
It Takes Two to Tango »

Once I finished Beach Guardians and tackled all of its problems, I started designing my next piece. I had several photographs that I liked, and I learned how to use clipping masks in Photoshop to take pieces from each one and put them together into a pleasing design.

This is another duet — a couple friends of mine. Neither of them read my blog so maybe I’ll get to surprise them with the final piece. I was tempted to show one of them my in progress yesterday — but I decided it was best to hold it back. I’ve found that there are only a couple of people I’m willing to show my in progress work to (well, other than my blog) — and sometimes even that doesn’t go well. Constructive criticism is always good — but sometimes when they can’t see where I’m going, the comments are not helpful.

I wanted to point out again the difficulty of angles when using a fusible. I could have sketched out what I wanted, cut off the excess, and then ironed it down — but sometimes that just leaves stretched out fabric that won’t sit down once the fusible is removed. So when I have something unusual — like this — I leave the excess, but I only fuse down the parts I need. (No use wasting fabric.) 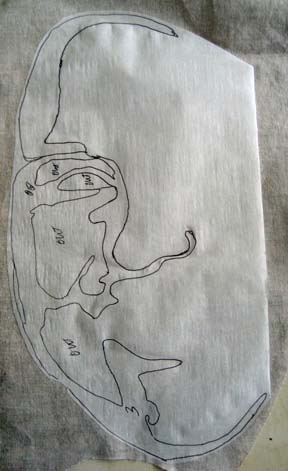 Then I can go back and cut away the excess fusible. The end result is a piece that will lay flat when I take off the fusible. 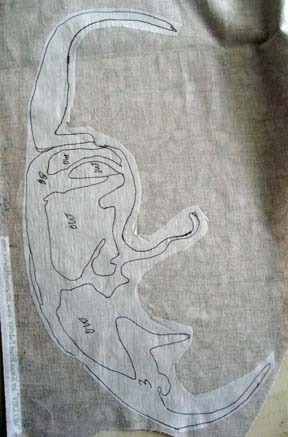 This is what the first two layers look like. You can already see her smiling lines and a fairly good outline of her face. 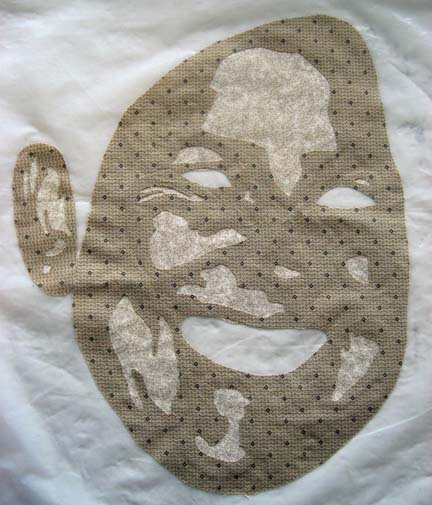 Portraits always start to come alive with the darker shades though. 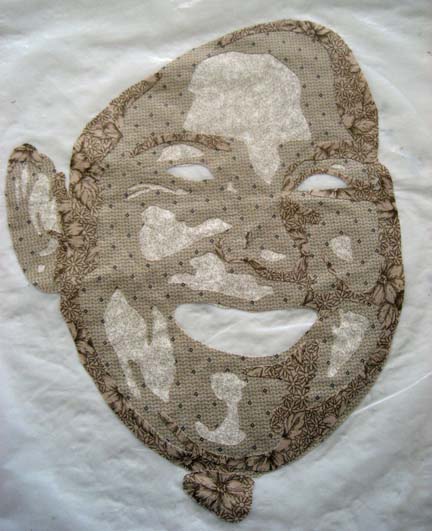 This is the fourth value.

And this is the fifth value — just a couple of places — and I’ve started to work on the eyes. I’ve been adding darker layers around the eyes lately to make them have more depth. 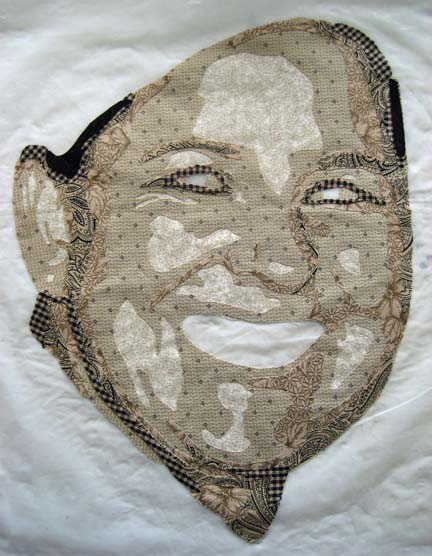 I’ve also decided that it makes a lot more sense to add that dot of white in the eye with a paintbrush rather than cutting out a tiny piece. 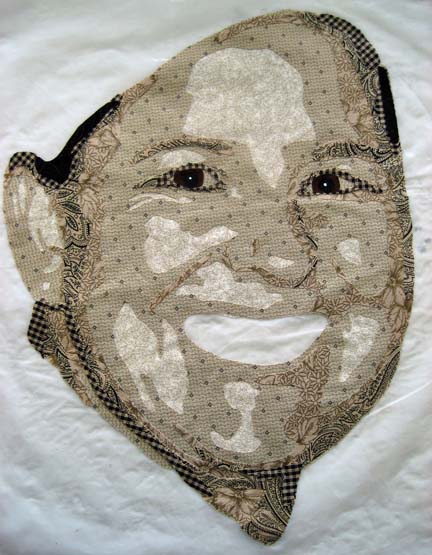 I took some liberties with her mouth. I’m not sold on it — I may change her teeth. I also gave her some really red lips. And gums — haven’t done that before. It was interesting trying to find fabric in my stash that would work for those things. I may lighten the red in her lips — I haven’t decided yet. (Most reds don’t work for the mouth — they have to be a rust red which can be hard to find in a range of values.) I also added the whitest white of her teeth with paint again. 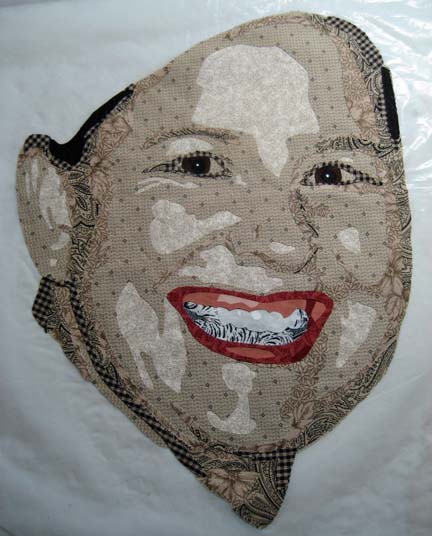 And then there was just her hair to do. Hers is really easy hair — slicked back. I used all browns and the dark black — but found the lightest shade in my orange drawer. 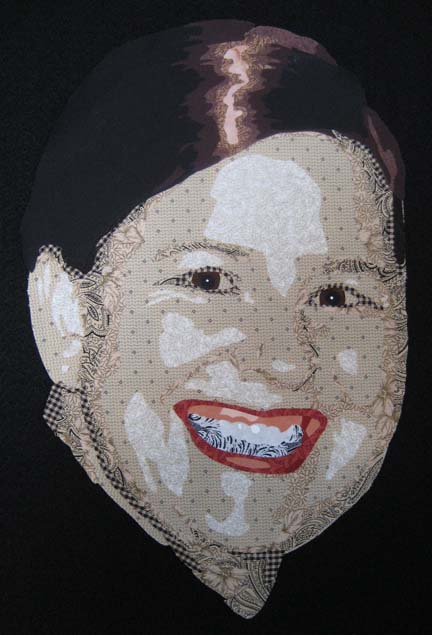 This is her on my black design board. I put her up there to study while I work on the next face.

This entry was posted by Virginia Greaves on February 24, 2012 at 6:20 pm, and is filed under Design. Follow any responses to this post through RSS 2.0.You can leave a response or trackback from your own site.