Last night was the reception for the Georgia Artist’s Exhibit in Sandy Springs, GA. I rarely get to openings of my shows, but this was near to my home and is sponsored by my own Fulton County.

Both Beach Guardians and Amelia Earhart were in the show. Beach Guardians was in the front of the exhibit and was one of the first pieces you’d see as you walked in the door. 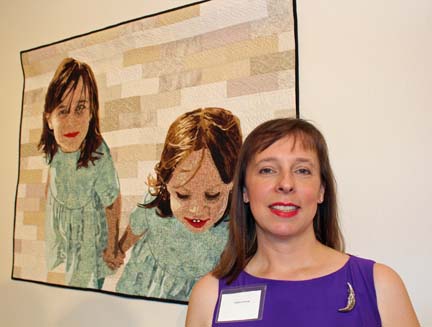 One of my daughters attended with me — I wondered if anyone would realize that the model was at the show. She was probably four or five in the photograph and she’s twelve now, but she still looks the same to me. 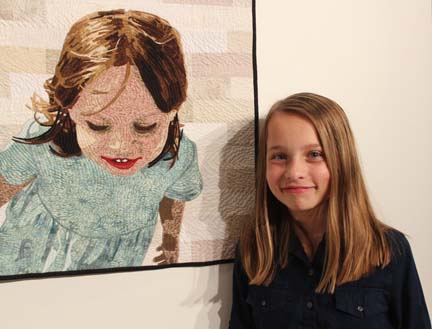 I was so stunned when I placed in the show! This is the first time that I’ve placed in an all art show — and my work was the only fiber in the show. I was so excited at how accepting most everyone was to include fiber. Omar, in fact — the gentleman to my left who won Viewer’s Choice and Best of Show — was so excited about my work that he insisted that we be photographed together in the winner’s circle. I was very flattered.

I received third place with an orange ribbon — which was quite a show against my purple dress!

And Amelia Earhart took the ribbon. She was placed on a back hallway — and although I think the majority of attendees were most taken with Beach Guardians, Amelia captured the eye of the judge. 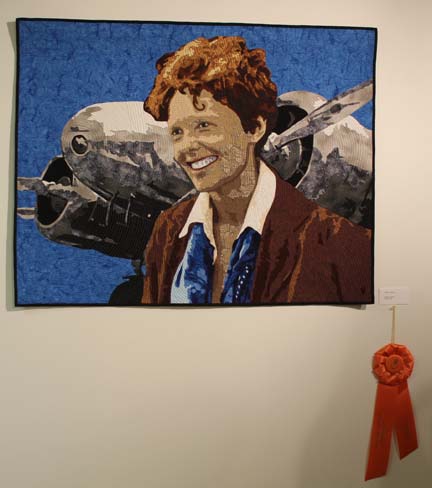 This is Omar Richardson’s wonderful piece — My 2 World Look Deep, Lyns? As I mentioned, it took Viewer’s Choice and Best of Show. 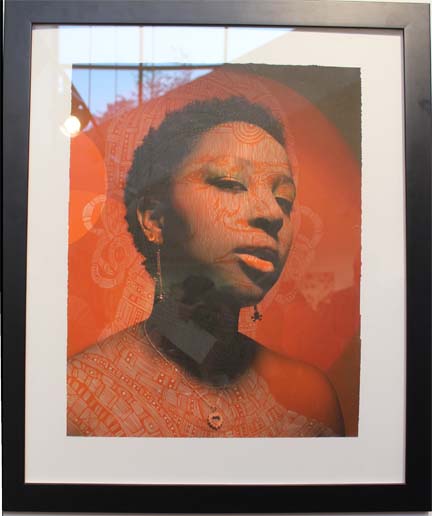 I also had the opportunity to meet Penny Beasley, a wonderful artist that works in my area. This is her piece — Untitled. It was hanging next to Beach Guardians, and I didn’t realize it at first, but it has almost the same color palette as my piece. They made a wonderful complement to each other. 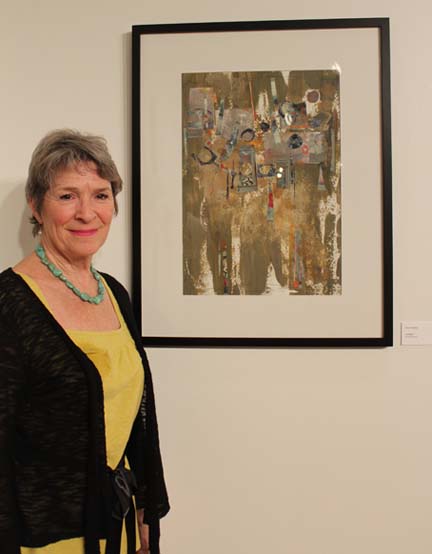 Her friend took a picture of us together in front of our works. I hope to see Penny again. 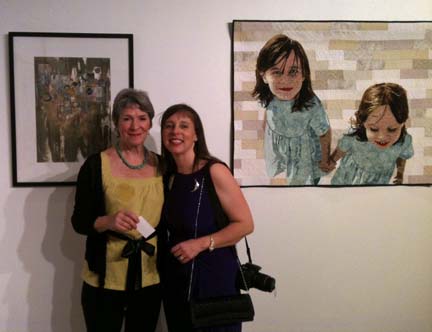 It was a great show. Several of my friends showed up — and a good time was had by all! The show will be on view from now until June 15, 2012 at the Abernathy Arts Center.

This entry was posted by Virginia Greaves on May 5, 2012 at 4:53 pm, and is filed under Exhibition. Follow any responses to this post through RSS 2.0.You can leave a response or trackback from your own site.