Having a Good Hair Day

Before I left for Houston, I had made some good progress on the hair in this portrait. I always find it hard to leave in the middle of a project, but I had finished most of the hair.

In this pic, here is only one small part of the first value in the part — in the top at the middle. Then the next value is golden. 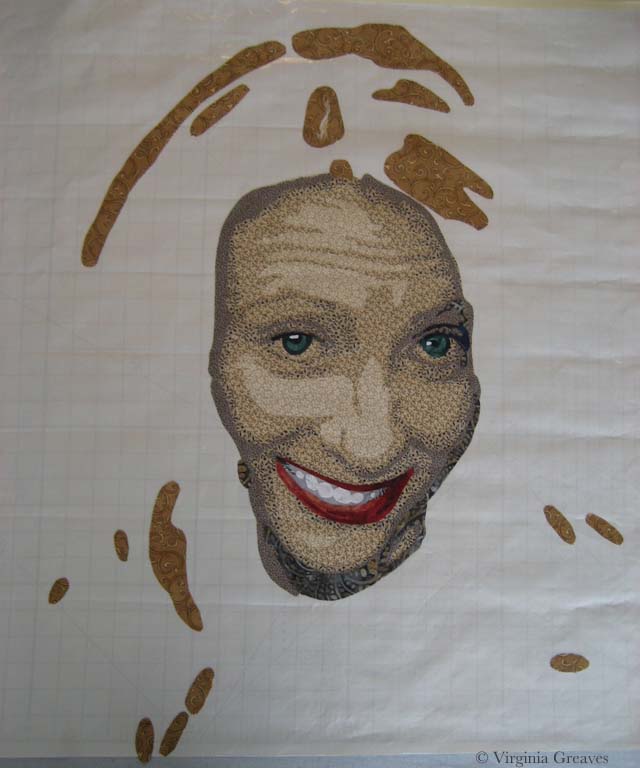 Although I really wanted to go with brown purples, I just didn’t have them in my stash and I couldn’t find them in the store nearby, so I ended up going from golden into an orange brown — which is really more of a realistic choice for this model’s actual hair. 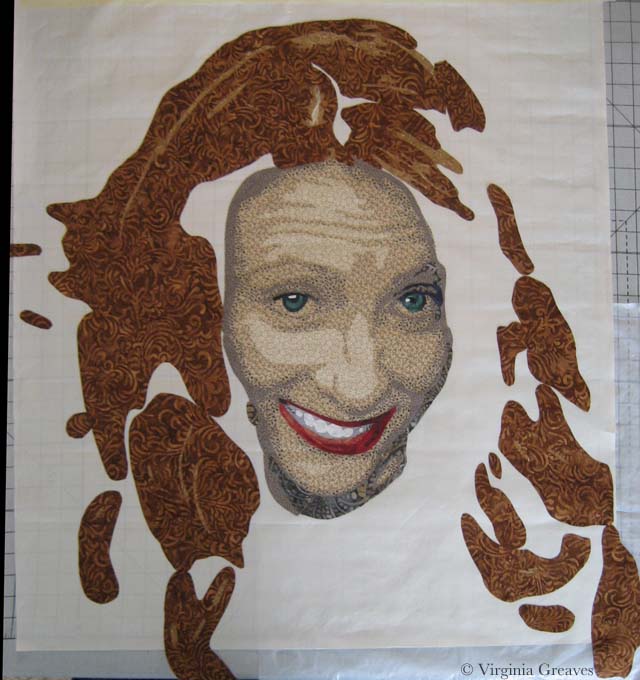 The next value shows the brown. (I somehow managed to lose one of the highlights in her right eye — didn’t notice it until her hair was done.) 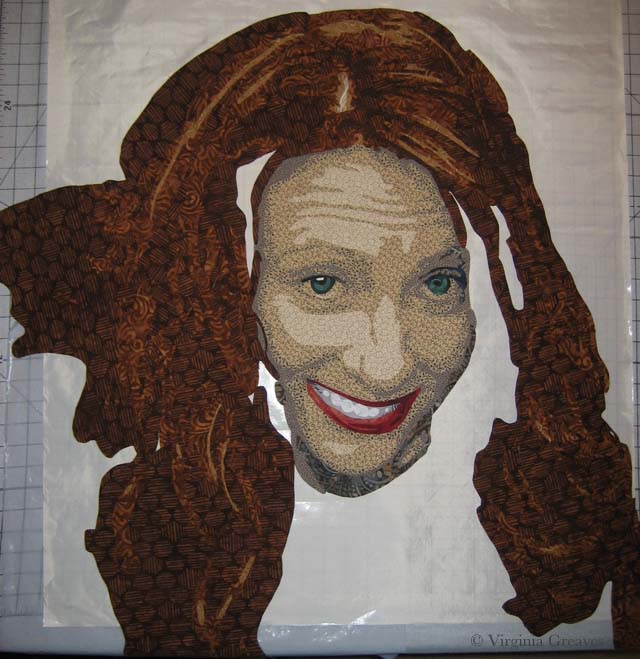 And this shows the darkest browns. 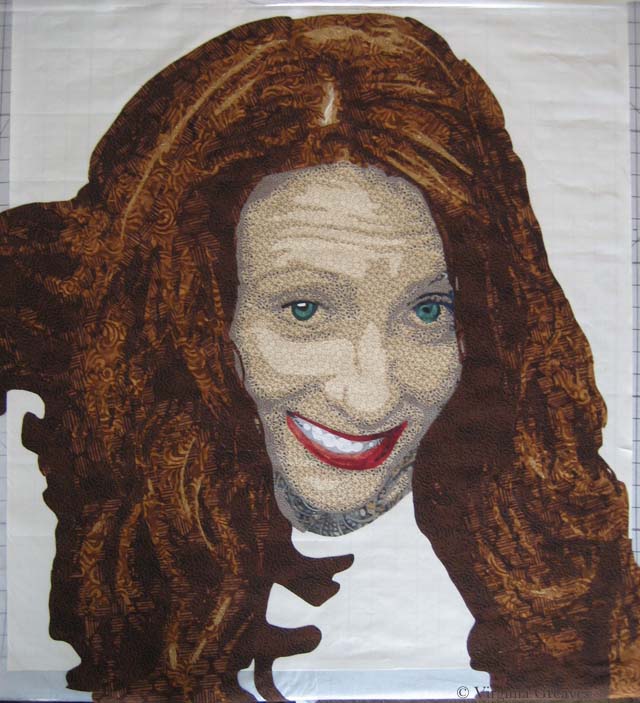 Then I laid in all the blacks, which included her shirt, and the little bit of gray.

I spent of lot time trying to find a perfect background. I had bought several greens, but in the end, they fell flat. A purple seemed like a striking choice, but I didn’t have anything that worked well. I had a blue that I liked, but I’ve used it as a background before, so I went to the store with the mission of finding one similar. This batik has some deeper shadows that I like. It sets her hair off nicely. I took this pic with my iPhone which makes her hair look more red than it is.

I also replaced the highlight in the right eye and put more gray in her right arm. I had it all brown which was just wrong and caused by blurred lines between her hair and her shirt. 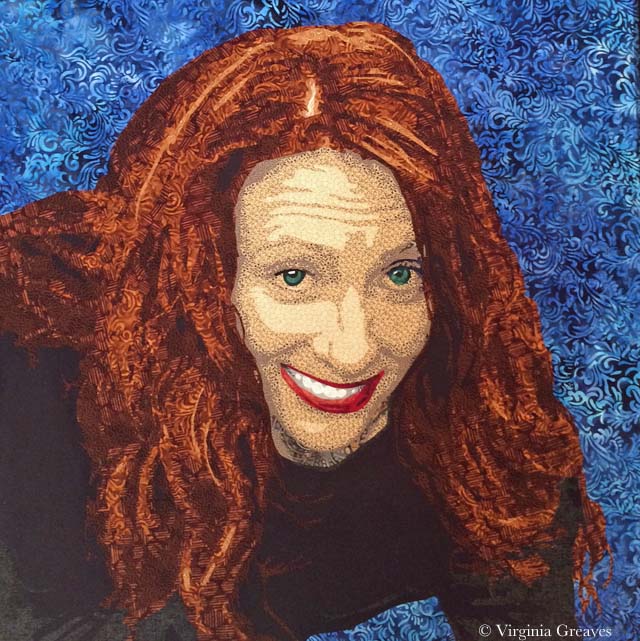 This week, I added the background and started the appliqué. Her face is done and I’m about halfway done with her hair. I hope to start quilting her soon. The days are clicking by quickly and my deadline approaches.

This entry was posted by Virginia Greaves on November 8, 2014 at 1:09 pm, and is filed under Design, Fusing. Follow any responses to this post through RSS 2.0.You can leave a response or trackback from your own site.