I am currently working on a piece for an invitational show — my third animal portrait in a row. It’s not that I’m done making portraits of people, but I’m acknowledging the marketability of an animal piece over one of a specific person. People typically see one of my portraits and say “I’d love to have you make one of my grandchildren” — which is great, but moving people from the inspiration of a commission to the commitment of one is much more difficult than them finding inspiration in a piece you’ve already made and then committing to buying it. I’ve found that if I make a piece centered around a particular breed, everyone that has had that breed as a pet can see their cute little snuggly in it.

What I’m considering here is an antelope jackrabbit. This is a very large and muscular rabbit with huge ears. This pic shows the highlights — the beginning.

I’m using my new large pressing sheet — but it still wasn’t big enough to capture the tip of the ear — so I have taped my old pressing sheet behind it to catch the space at the top.

This pic shows the second value. 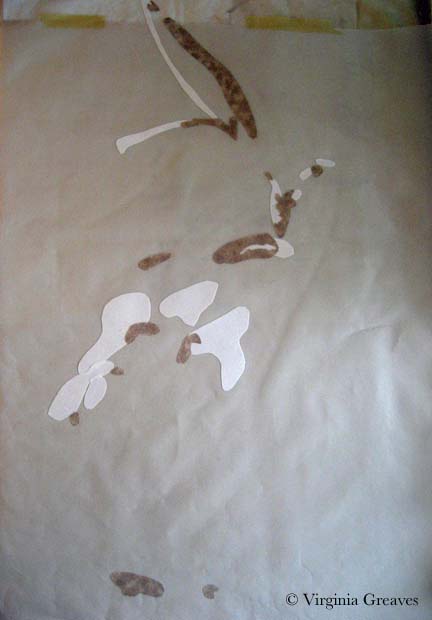 This shows the third value.

Once I cut the pieces small, I realized there wasn’t as much contrast between the second and third values as I saw in the comparison of larger pieces of fabric — but that’s ok. It happens sometimes. There isn’t enough of two or three to matter much. 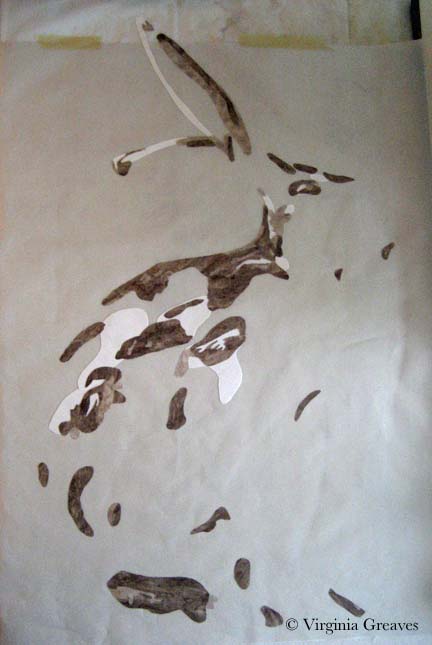 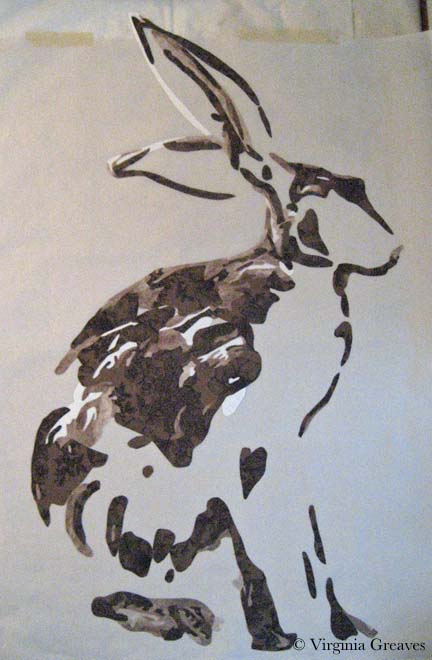 The fifth value is a fun brown I found with creatures leaping across it — rabbits as well as deer. It’s a fun detail for someone that looks close enough to find it. 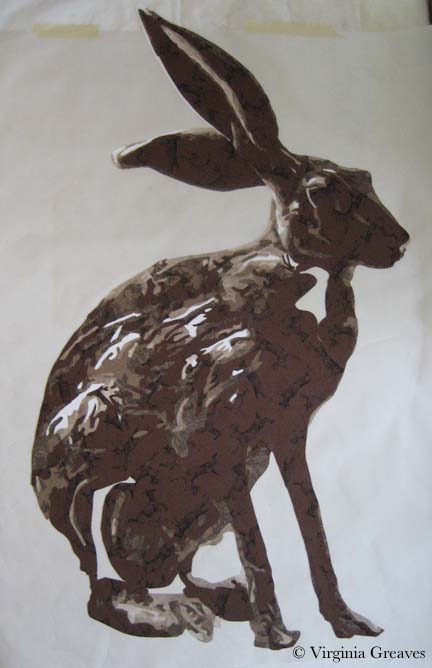 Then I finished with the sixth value of brown and then black. I completed him with an orange eyeball. This is him on my black design wall. I brightened up the pic so you could see the prints better. 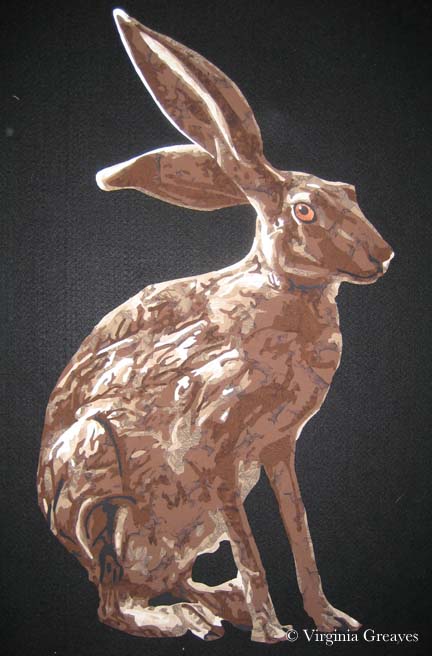 He looks at home there. 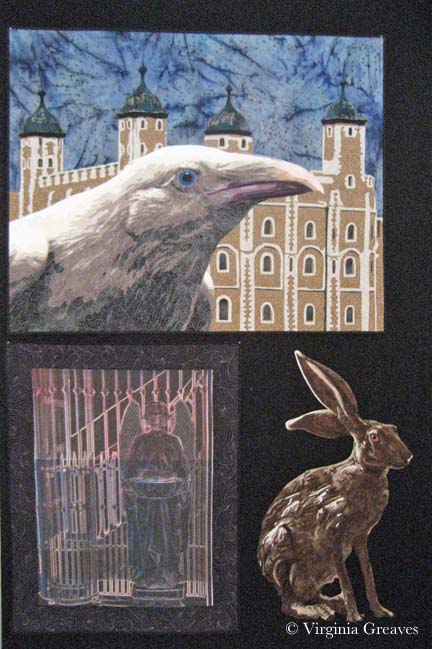 Tomorrow I’ll start thinking about where he’s going to live.

This entry was posted by Virginia Greaves on May 9, 2013 at 5:19 pm, and is filed under Design, Fusing. Follow any responses to this post through RSS 2.0.You can leave a response or trackback from your own site.