This year I wanted to make another animal portrait for the IQA Silent Auction in Houston. I think they’re easily relatable and are a good choice for broad appeal for the auction.

I was going over my inspiration folder and found this adorably cute Cavalier King Charles spaniel which I thought I could do rather simply. Oh, the best laid plans. See, I fell in love with this piece as I worked on him. I spent way more time than I had intended, but he grew under my hands into the adorable creature that had captured my heart in the photograph. I’m really fond of this piece.

This shows the 1st two values. 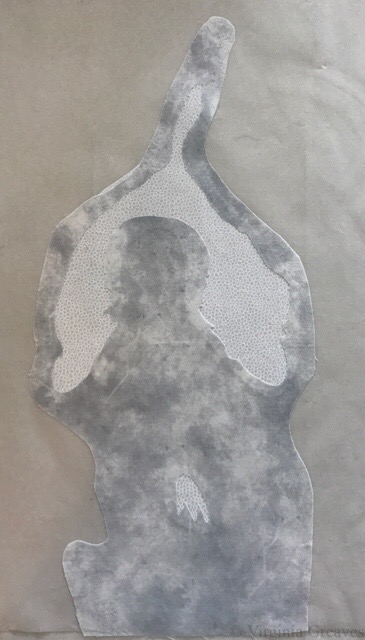 Although he’s all black and white, there are a couple of points of orange. I studied the spots above his eyes. Logic told me that the color was brown, but no, it was really fairly orange, although the darkest orange tends toward brown. I decided it would look better underneath the black fabrics rather than on top, so they were added at this point. 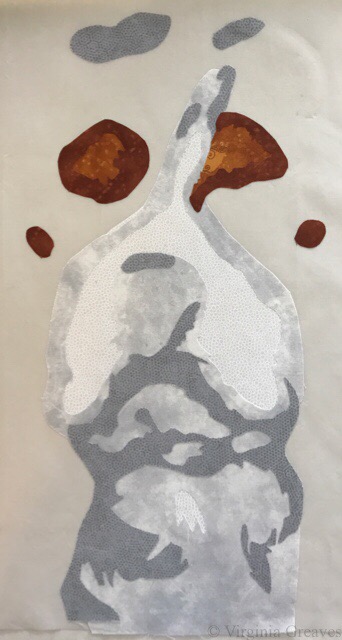 And then the 4th value. Now you can see the outline of the nose and the mouth. 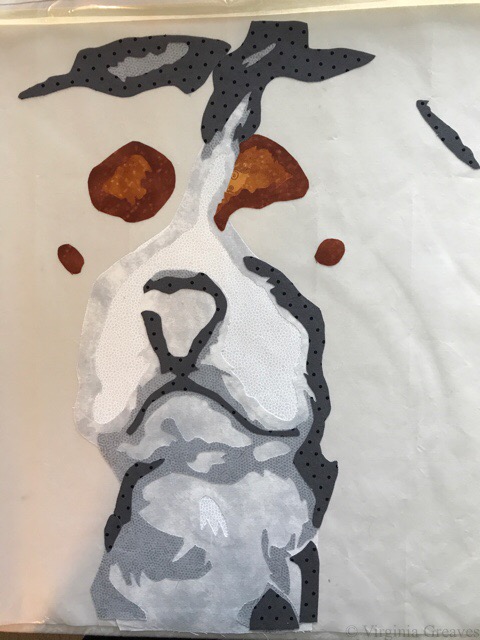 The fifth value. I took this pic on my iPhone at night in my studio so the grays look darker than they actually are. 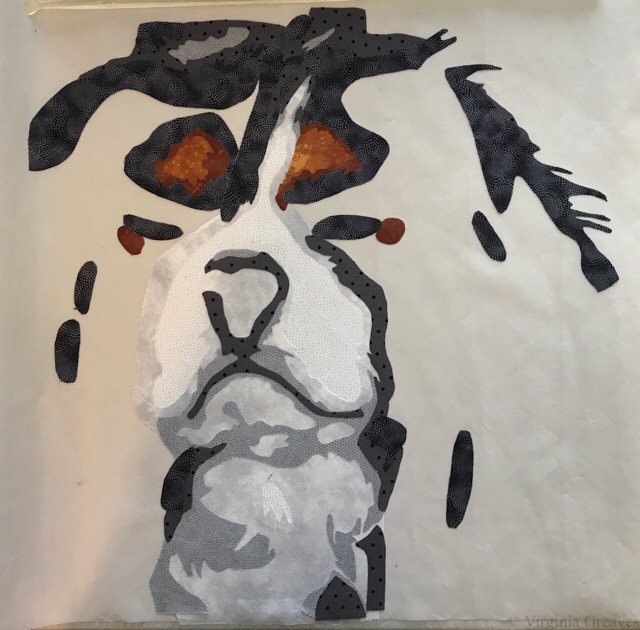 I realized at this point that I had neglected his nose and went back to do that. 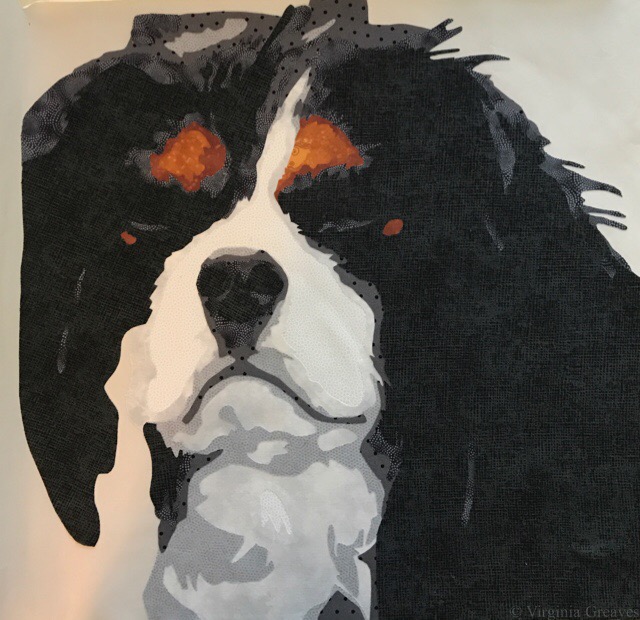 And then the last value. Better picture. 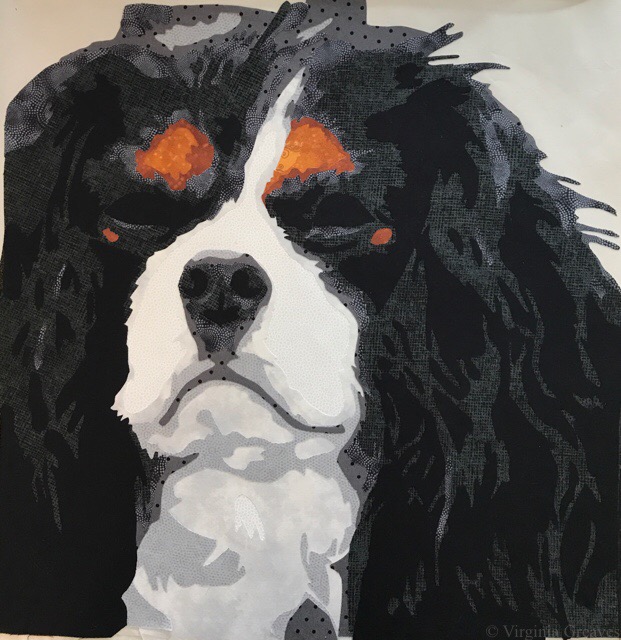 I played with his eyes quite a bit until I got them just right. The pupils were bigger than I had anticipated, but this gives the expression I was looking for. Isn’t he charming? The eyes really do make the piece.

And then because I could, I went back and added some whiskers. 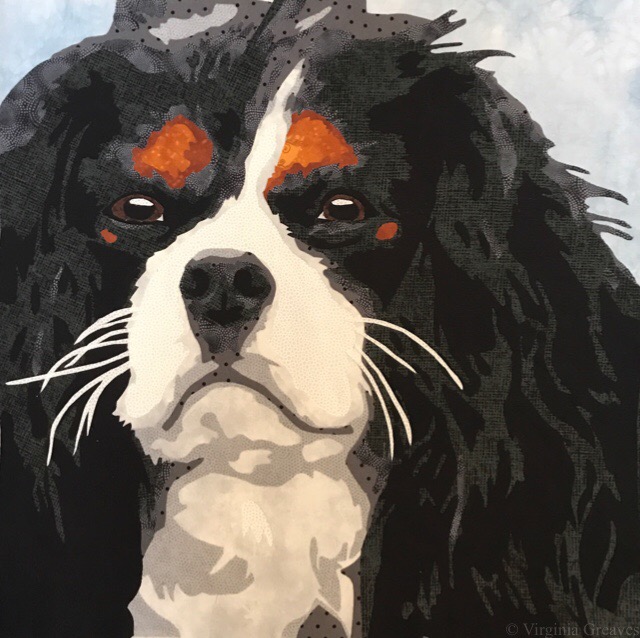 This is what he looked like all cut out. I spent several hours machine appliquéing him down and quilting him. 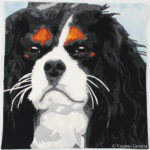 The final pice is called King Charles and can be found in its quilted and completed state on its own page here.

It will be available for sale in Houston at the Silent Auction in November 2017. I hope that you’ll consider bidding on it. I’ll mail him off this week — be a little sad to see him go.

This entry was posted by Virginia Greaves on September 1, 2017 at 5:00 pm, and is filed under Admin, Design. Follow any responses to this post through RSS 2.0.You can leave a response or trackback from your own site.